History of the Bicycle

Who invented the bicycle and what is some information about that
person?

At first some people thought that Pierre and Ernest Michaux
invented the first bicycle.  Now
historians think that they did not.
They found out that there were bicycles invented before them.
So they think that these men made improvements to the bicycle by adding
pedals.
The first bike was invented in 1818 by Baron Karl Drais Von
Sauerbronn, who was a German. This bike was called the laufmaschine.
It did not even have pedals.
You had to push it with your feet and it would roll. 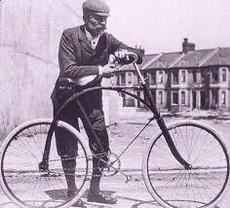